I recently posted a video describing how an entrepreneur cleverly managed to convince the only buyer interested in acquiring his company that he was being heavily pursued by buyers across the country. Amazingly, he did it entirely from the comfort of his hotel room. 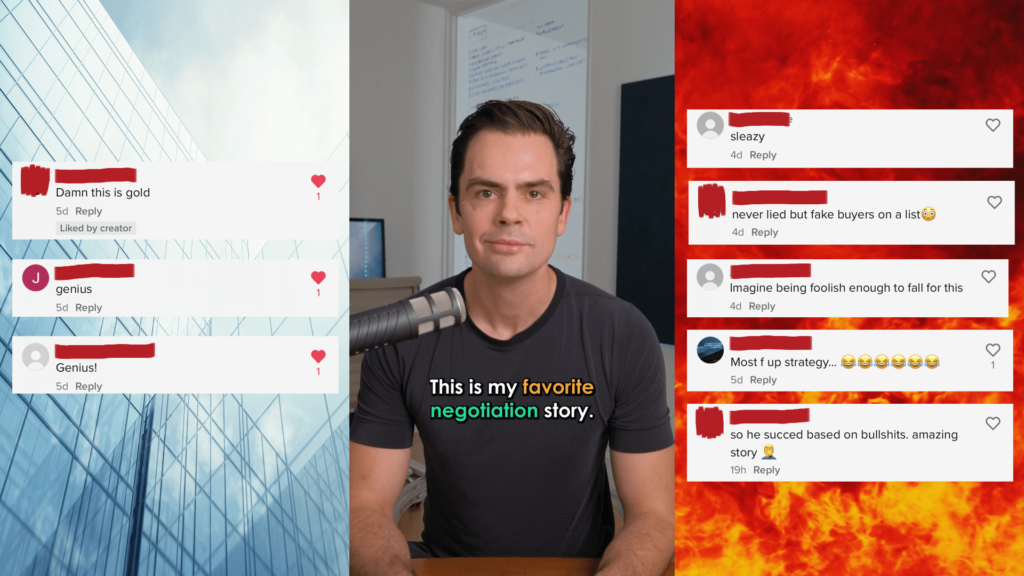 Consider me shocked! I assumed people realized negotiation games were common when large sums of money were on the table. It is why I believe the three-statement model framework might be the most manipulated framework on the planet. Tie compensation to a company’s financial performance and eventually someone will manipulate it. Similarly, if a negotiation process is tied to a cash windfall, you’re bound to encounter plenty of posturing (see Why Did LVMH Build a Factory in Texas?).

Price discovery in private equity is tricky. In any proposed control transaction, the objective is to understand what it takes to win the process and compare that against what you believe the company is worth. That means you only need to convince one desperate buyer that an aggressive bid is the only way to win.

Consequently, investment bankers and management teams will almost always tell you that the process is crowded, and that you need to push valuation to be considered. Steve Schwarzman, pictured below enjoying a sunset, claims this is why he invented sealed bid auctions in the first place (click on the image below for a video explanation).

Separating fact from fiction requires evaluating every available piece of information. By way of example, when management meetings were scheduled at hotels, I would ask hotel employees how many times that room had hosted meetings with the same team to better gauge the number of interested parties.

Negotiation strategies can be ethical or unethical, but if you aren’t familiar with the posturing that takes place on a transaction, you may fall victim to it. As it relates to strategies that blur this line, some are clever and some are clumsy. The clumsiest example that comes to mind is a seller that updated his financials to include warehouses that had not been built. We uncovered it on the first call and decided it wasn’t a management team we would want to work with. Revealing the cleverest suggests I’ve been duped and my ego won’t allow it…

Understanding these strategies is important not only as it relates to price discovery, but also in understanding who you will be partnering with should the transaction close. In all instances, what I would like to emphasize is that its critical to be aware of them.

I sent an ASM Newsletter out recently asking for stories from readers. I hope to update this post with responses (or write new posts if the stories are long).