How you work towards a normalized level of working capital will vary from one transaction to the next, but the variables that most frequently make this calculation challenging are the company’s rate of growth and exposure to seasonality. (See definition of net working capital for a private equity transaction.)

To understand why we can explore a business with highly seasonal revenue. For the sake of consistency, we will use the pool float business and adapt it for regular customers that all reside in Texas. Texas is notoriously hot during the summer months, so it would be practical to assume that the company’s sales ramp in anticipation of the heat and that sales peak sometime in summer.

The management team of this company, being fully aware of the company’s revenue cycle, significantly increases inventory purchases early in the year. By June of each year this company has all the inventory it will require for the summer season. During these summer months, sales increase, inventory is sold off and the company generates cash.

The challenge is that such a ramp in working capital requires cash to accommodate both inventory purchases in advance of sales and the delay of cash receipts from accounts receivable.

The amount by which a company’s profits can grow working capital is hugely important. From the chart above it is obvious that the company made a profit selling pool floats because it has substantially more cash after the selling season, but what you will also notice is that the company nearly ran out of cash attempting to fund the growth of inventory and accounts receivable balances. 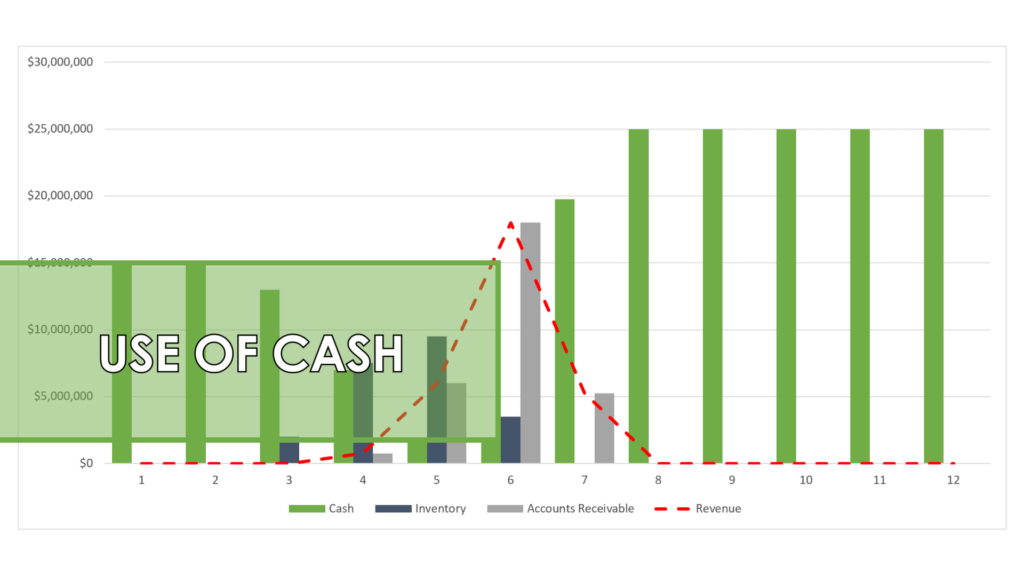 Cash is tied up in advance of the sale by the purchase of inventory, and once the sale is made the cash remains unavailable to the company until the accounts receivable balance is converted to cash. Had sales spiked more abruptly, the $15 million cash balance that the company started the season with would have been insufficient. It is a little counterintuitive, but strong growth can bankrupt a company with positive net working capital.

Now, assume a scenario where you have negotiated a purchase price for this business that does not include a working capital adjustment, and that you can pick when you assume control. In which month would you most want to assume control?

We can start by looking at the net working capital average for the last twelve months (dotted red line in the chart below). 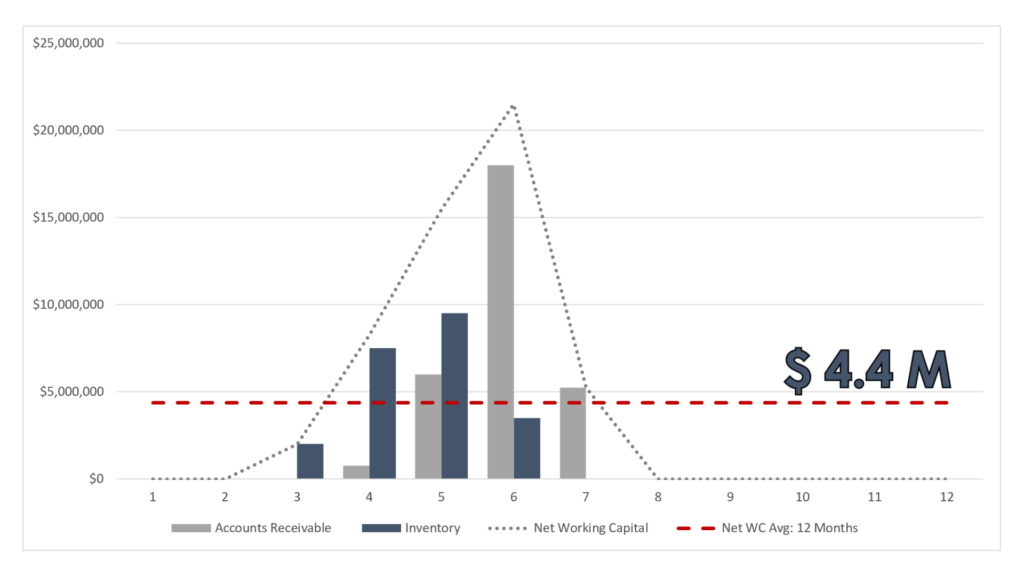 In this initial example, the chart above shows a 12-month average net working capital of $4.4 million. The problem is that the average includes 7 months of zero activity (see below). As the net working capital peak of $21.5 million in June suggests, the $4.4 million dollar target is not going to be sufficient to fund the purchase of inventory and accounts receivable required to generate a full year of sales. 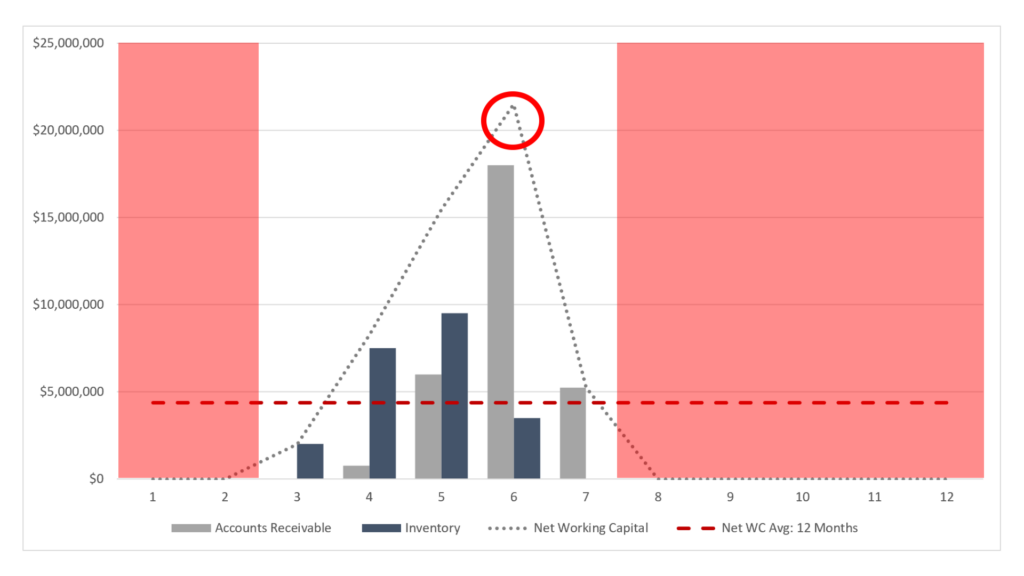 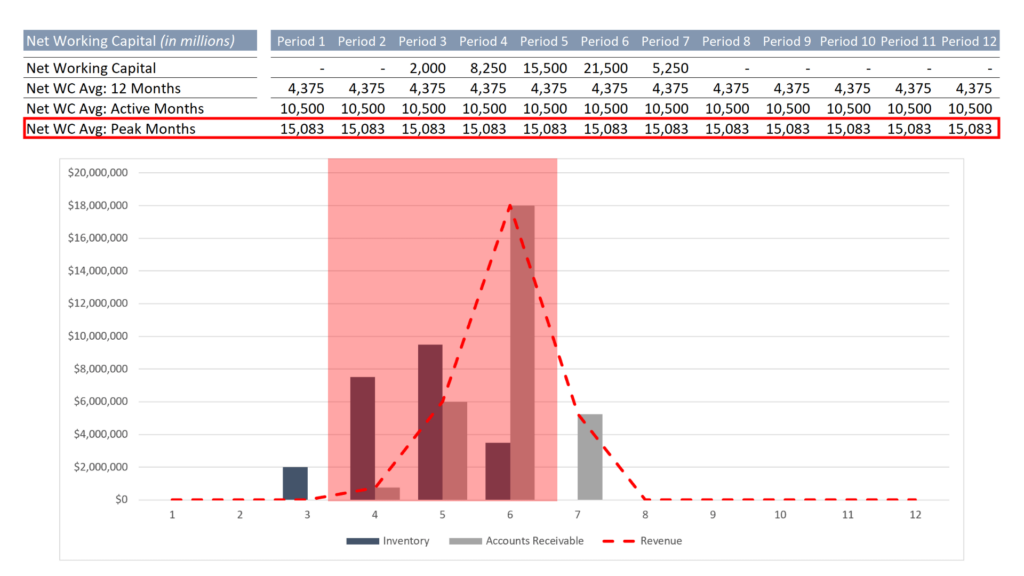 The important takeaway here is to focus on active months for seasonal businesses. The more exposure to seasonality a business has, the more important it becomes to focus on peak months of activity. For businesses with exposure to extreme seasonality (think selling Christmas trees or Halloween costumes), it might also be appropriate to use a specific month-end working capital value during the peak selling season.