Before discussing the economics, I thought a definition of a fundless sponsor would be helpful. An article in The Economist provided an excellent example: “The typical search-fund principals are MBA graduates from an elite American university, who raise $400,000 or so of “walking around money” from investors, who purchase a stake in the fund for about $40,000 a share. The fund searches for a high-growth, high-margin target, valued at $5m-20m. The fledgling businessmen then hold a second round of acquisition financing, as well as raising debt. Their tenure as bosses lasts until they sell out.” [1]

The article itself is concise and worth the read. Even the title is appropriate here: “Seek and We Shall Fund: Private Equity for Absolute Beginners.” The only point I would argue is that I have met many fundless sponsors that had very different backgrounds from the MBA graduate background described.

In negotiations, you will constantly hear what one side believes is “market.” In my opinion, the variance surrounding structures is too great to consider anything standard for a specific transaction. That said, there are generally three components, which listed in order of importance, are as follows:

Promote – in a transaction this is the equivalent of carried interest. At most private equity funds it is equivalent to 20%. The Limited Partnership Agreement stating how this is earned might read as follows:

First, 100% of all cash inflows to the Limited Partner (“LP”) until the cumulative distributions equal the original capital invested.

Second, 100% of all cash inflows to the LP until the LP has received a preferred return on the capital invested in step 1.

Of the three components, the promote is probably where I have seen the greatest amount of variation. The variables to consider are as follows:

The Catch-Up: A catch up kicks in once the investors have received their capital and a preferred return (if there is one). At this stage, all dollars go to the fundless sponsor until the distributions equal the promote. This can be calculated to include all dollars invested, or just the preferred return (this detail can make a significant difference). It is also not uncommon to see a catch up excluded.

There are additional variables to consider surrounding the promote (or carried interest) at a fund, but with a single transaction, those are the primary variables.

(Note: Promote, the carry and carried interest are all generally used interchangeably.)

Management Fee – At a fund this would generally be equivalent to 2% of assets under management (AUM), but for a fundless sponsor the fee is hardly ever tied to AUM. Generally what you will see is a structure calling for the greater of a flat fee or some percent of earnings. It will also typically be capped. For example:

A management fee will be payable to (insert fundless sponsor) in the amount of the larger of (i) $250 thousand per annum or (ii) 5% of annual EBITDA.

I provide the figures above as examples of structure, but the figures can vary considerably.

One-Time Fees – It’s not uncommon to see a closing fee included. This sum can range from $50K to $1M depending on a variety of factors. Some portion of the fee generally gets reinvested in the new entity as well. (I have seen some pretty aggressive pitches including multiple one-time fees where it starts to add up. For example, asking for a closing fee, fees for board seats, fee for a successful exit, etc.)

The challenge is that no two transactions will be alike. The fundless sponsor might have strong industry expertise, or be a recent MBA graduate. The deal could be secured under LOI at a very attractive multiple, or in the midst of an auction process. The fundless sponsor might be investing a considerable portion of his own net worth, or taking zero risk. All of these variables, and many others, will influence the outcome.

If you are considering a career as a fundless sponsor, my advice would be to do as much of the work as possible before negotiating terms. An MBA student with no prior experience will get little attention, but a talented industry veteran with a transaction under LOI at an attractive valuation will have the leverage necessary to negotiate the terms desired (it’s especially true in this market). 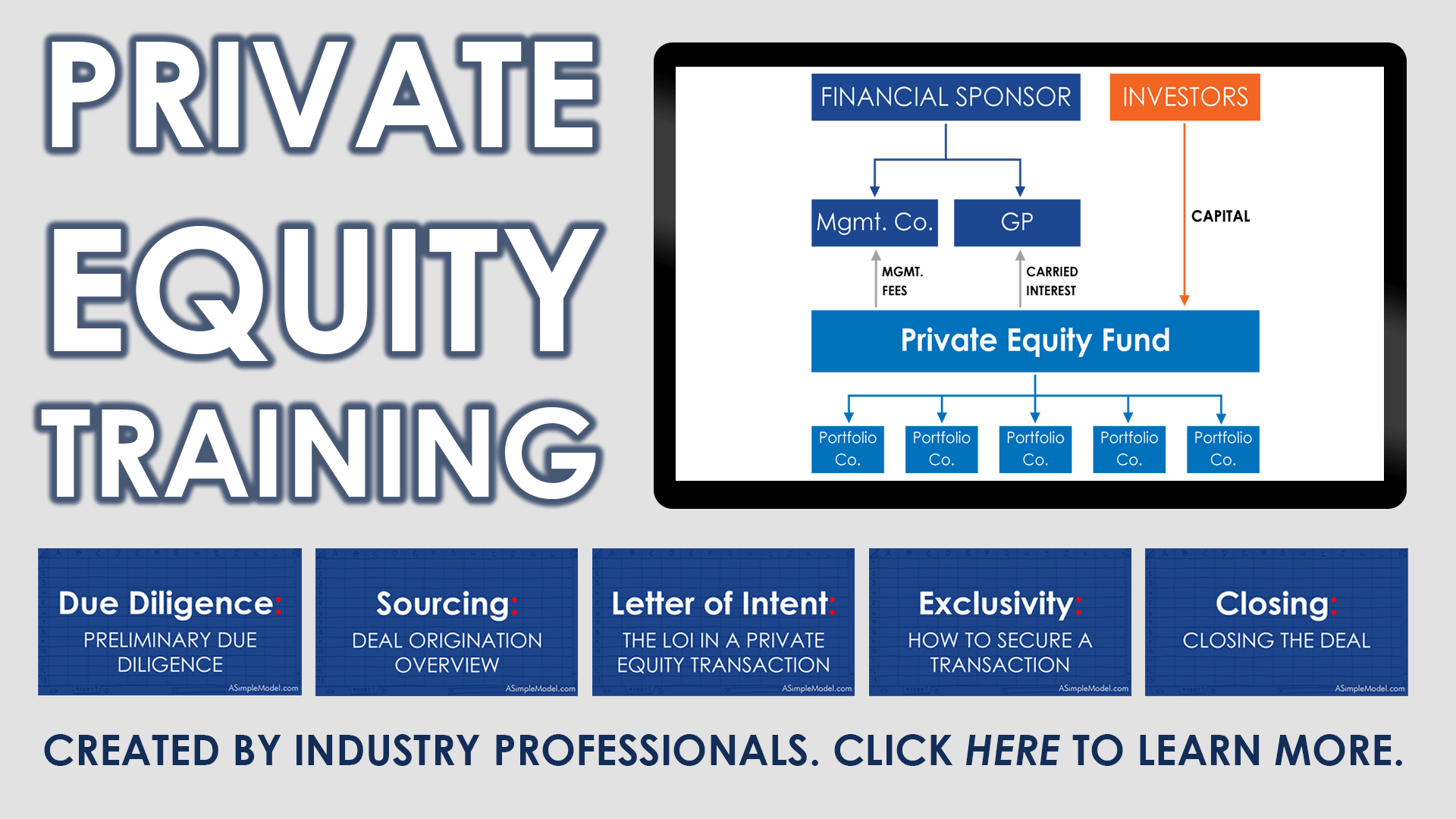 [1] Seek and We Shall Fund: Private Equity for Absolute Beginners